What Does Hard Fork Mean?

What Is A Hard Fork?

Hard fork explained: A hard fork is the creation of an alternative blockchain from an existing one. 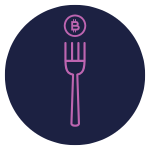 Each cryptocurrency network operates according to certain rules. From time to time they can make small changes, for example, change the last blocks. In this case, the system is rolled back to a clearly marked point, overwriting the last payments. This process is called a soft fork. In the rules of the network themselves, fundamental changes are not made.

When it comes to what a hard fork is, the situation is different. Here they are already encroaching on the very essence of the cryptocurrency platform, changing the source code of the system. New rules are built into it, which are incompatible with the old software. As a result, the network forks (literally hard fork) and users have to choose which path they are willing to follow next.

The nodes of one branch support the new rules, the nodes of the other remain faithful to the old and familiar ways of functioning. Ideally, when the prevailing majority agrees with the new rules. A hard fork can split the cryptocurrency network into two independent branches

Thus, after the hard fork, there are two ways – either one of the branches dies off, or they continue to coexist as two independent systems in parallel.

Is A Hard Fork Good Or Bad?

When we talk about a hard fork it is neither good nor bad, as the process under consideration strengths and weaknesses:

The first one is the elimination of the shortcomings inherent in one or another crypto network.

Since new cryptocurrencies often emerge as a result of hard forks, this provides an incentive for the development of the entire market. New platforms usually have a number of advantages that older networks do not. This forces developers to modernize the sites so that the old cryptocurrency remains competitive. The emergence of new cryptocurrencies with their own characteristics expands the scope of these assets, which contributes to the growth of the popularity of the entire field. Also, new coins are expanding investment opportunities for future profits.

During periods of hard forks, scammers often become active. They send letters with a request to financially support a new project, spread spam with malicious links, and so on. Therefore, extreme caution should be exercised at such times.

Taking into account all of the above, we can say that despite some disadvantages, a cryptocurrency hard fork is rather a positive phenomenon. Of course, cybercriminals often use this, and ordinary people burn out on projects that have not been successful. However, fundamental changes in blockchain networks stimulate their development, expand the possibilities of application, make payment systems as user-friendly as possible, and provide new opportunities for investment. The main thing is to follow a competent approach when working with one or another hard fork in order to minimize all risks.

How Does A Hard Fork Work? 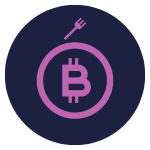 To understand that this is a Bitcoin hard fork and how it is carried out, one should find out the reasons for the appearance of this phenomenon. The creators of Bitcoin laid in it a principle that limits the maximum block size to one megabyte.

Initially, when the complexity of Bitcoin was low, and there were few users on the network, this size was quite enough. But when the popularity of cryptocurrencies began to grow, the number of Bitcoins and transactions began to skyrocket. Operations had to be confirmed for a long time because all of them did not fit into one block. Vulnerabilities were discovered on the network, thanks to which all kinds of fraudulent schemes began to arise.

Elimination of these problems required revision of the original program code. Since the Bitcoin code is publicly available, anyone can do this work. But in order for the main part of the cryptocurrency community to agree with these edits, the initiator of the improvements must be some authoritative person from the world of cryptocurrencies or a group of developers. They put forward the concept of revision of the program code, an initiative group gathers, a plan for a hard fork is developed, testing of changes is organized, etc. Often, a blockchain conference or meeting of the most influential members of the crypto community is held before the hard fork. After agreeing on all the nuances of the hard fork, a date is set for it, and on that day the network is divided into two parts.

The cryptocurrency protocol code cannot be simply updated unilaterally. After all, any changes will affect the interests of millions of users of the decentralized network. At the same time, even if changes are vital for the security of the cryptocurrency, there will always be users who will not be satisfied with the transition to the new protocol. Therefore, in the process of a hard fork, developers make changes to the system, and users are given a choice: switch to the changed protocol or continue using the old version. 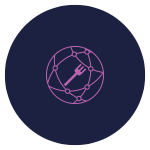 During a fork, the parent chain is split into two child chains, or a new chain is separated from it while the old one is preserved. The chains begin to work without being tied to each other, while the characteristics of the coins change, even if a new cryptocurrency does not appear. In other words, a consensus change occurs, in which the block is recognized as valid.

There are two possible forks: soft fork and hard fork. The first is a soft type of network modernization, old and new blocks remain relevant, and a “child” one is separated from the mother chain. During a hard fork, a hard modification of the program code takes place, all old blocks are “forgotten”, and the blockchain moves in two parallel lines.

With a soft fork, some characteristics of the coin are optimized, cosmetic improvements are carried out. If a part of the nodes does not accept the changes, they still remain members of the network. This can be compared to the existence of an academic language and dialect. Some people have chosen an adverb and communicate in it. However, native speakers of the academic language also understand them. The consensus remains.

By activating the hard fork, the developers actually bury the old network. Users have to choose between two child chains. Usually, hard forks are announced in advance, although sometimes they may not be officially announced. But if the developers plan to make serious changes to their network, then information about this will certainly spread throughout the crypto community long before the implementation of the plan, because for this they will need large computing power.

Why Do Hard Forks Happen?

A hard fork is a prevalent phenomenon in the crypto industry and a lot of people are interested in why this happens. Cryptocurrency forks occur for a variety of reasons, including:

It is generally accepted that any division of the cryptocurrency indicates some kind of internal conflict in the network. However, this is not always the case. Often, cryptocurrency forks help solve problems with network congestion – as was the case with Bitcoin, when at a certain period all transfers became too expensive, and the transfer process itself could take a whole week. In addition, such divisions help solve the problem of the high cost of using cryptocurrency, unload the main cryptocurrency network if it is overloaded, and open up new opportunities for investors.

The developers point to the need to improve technology and optimize the network as official reasons. Sometimes behind this, there are banal intranet showdowns and the desire for centralization with incidental earnings. An increase in block size (to increase throughput, transactions per second), a decrease in commission (to increase interest in the project) or “loss of true vision” of the project are often cited as the reasons for the fork.

Is A Hard Fork Good Or Bad?

Hard forks have both positive and negative effects on the development of cryptocurrency systems. As for the advantages, properly executed hard forks solve the current problems of the network that slow down its work. Hard forks often increase the capital of the holders of tokens of the original networks – they additionally receive coins from new branches.

As for the negative sides, no one ever knows how the branching of the network can affect its further work, which network will remain the main one, and how this will affect the current value of tokens. Hard fork often causes a rift in the crypto enthusiast community.

What Is A Hard Fork In Cryptocurrency?

A hard fork is a software update that introduces a new rule to the network that becomes incompatible with the old software. You can think of a hard fork as an extension of the rules. (The new rule to allow the block size to be 2 MB instead of 1 MB requires a hard fork). Hard forks have both negative and positive sides. It does not happen often however in the crypto industry.

What Happens To My Coins In A Hard Fork?

At the time of the fork, you need to personally control the private key, and not trust it to exchanges and third parties. Basically, you have to transfer your coins to your cold wallet by taking them from the exchange or from any other intermediaries.

The fork builds on the original blockchain, so you now have access to coins on both blockchains. The single old coin disappears. Instead, two new ones appear.

The cost of new coins will depend on demand; a concept for the development of a new coin, proposed by those who sponsored it; the degree of community trust.

Can Bitcoin Be Forked?

Yes, Bitcoin can be forked. In total there are more than 105 forks of BTC. A Bitcoin fork is when someone makes a copy of the Bitcoin blockchain code and makes changes to it. These changes can be made for a number of reasons, such as blockchain hacking, or because improvements need to be made. Typically, a cryptocurrency fork is of two types – a soft fork and a hard fork. Bitcoin Cash is one of the most popular forks of Bitcoin and a lot of people use it.