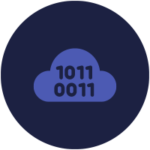 Algorithmic trading is the most advanced type of trading in today’s market. It could make the entire investment strategy much more result-oriented. It is a trading system in which robots are programmed with a predetermined list of instructions known as an algorithm, and the computer performs the transaction based on the algorithm. This technology speeds up the trading process, making it more precise, and eliminates the possibility of human error.

Trades might well be completed at the precise price and volume indicated, and the time required to conduct a deal is low. It assists in the reduction of losses caused by the time lag between making a trade and its execution.

If you want to know everything about algorithmic trading and its strategies, there are several things that you should definitely take into account. The major crypto trading strategies include sentiment analysis, mean reversion, momentum strategy, arbitrage, market making, and trend strategy. We will analyze each of these strategies for algorithmic cryptocurrency trading. 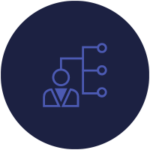 Momentum strategy means that there are times when markets open with the gap and continue to see their upside momentum, markets open the gap down and continue their momentum. Momentum strategies try to profit from a continuation of a certain move. The underlying assumption for this strategy is that the price moves can hold their momentum for an extended period of time.

This is the most basic and commonly used algorithmic trading technique. They basically follow market patterns and momentum, and transactions are executed appropriately. Technical indicators such as moving average and price level changes are studied, and buy or sell orders are created automatically when a set of criteria according to these technical indicators are met.

The momentum-based method also takes into account past and current pricing data to determine whether or not the trend is likely to continue and makes judgments appropriately.

There are no complicated forecasts to make. It is basically straightforward trend-following. There are several factors that can have a huge effect on the momentum, such as Fundamental factors, news events, market volatility, and so forth.

According to the fact that this is one of the simplest algo based trading strategies, it is usually used by more beginner traders rather than professional ones.

Another type of algorithmic trading strategy is mean reversion. Mean reversion theory says that the asset values and economic indicators including interest rates are most likely to revert to previous mean prices.

The assumption that the potential price returns of the security will be in the reverse direction of the investment’s return over some period is known as mean-reversion. The Relative Strength Index, or RSI, is a prominent indicator that analyzes the speed and variation of price changes on a scale of 0 to 100. A higher RSI number is considered to indicate an overbought asset, while a lower RSI value is considered to suggest an oversold asset when attempting to estimate the possibility of mean-reversion.

Trend-following and mean-reversion methods are simple to grasp since they examine a security’s time frames and attempt to forecast its possible return, but there are several ways of interpreting previous behavior.

The mean reversion algo trading methods determine a cryptocurrency’s upper and lower price limits, and the algorithm works to execute trades whenever the price exceeds the usual range. The algorithms generate an average price according to the security’s past data and execute a trade in the expectation that the prices would return to the average price. This indicates that if prices are quite high, they will fall, and if values are really low, they will rise.

This sort of algorithmic trading method is beneficial when prices are at extreme and investors can profit from unanticipated price fluctuations. However, this approach may fail if prices do not reverse as quickly as predicted and, by that time, the moving average has caught up with the price, resulting in a lower reward/risk ratio.

With the advancement of computer language processing and comprehension capacity, we may add and employ more elements, such as the news emotion score, and include them into our prediction model.

The sentiment-based algorithm depends largely on the sentiment analysis results, which we either produce ourselves or receive from external sources. In terms of developing our own sentiment analysis model, there are several things to be taken into account and several steps to be followed.

First of all, the important thing about sentiment analysis is that it requires looking for the desired articles or news. After that, you will be able to educate the model to distinguish between positive and negative emotion and put the model through its paces with large-scale text datasets.

On the other hand, it should also be noted that sentiment analysis is a method of algo trading that has its own disadvantages that tell us that it is not the best and ideal tool for algorithmic trading. The first reason is that it can not detect when somebody is being sarcastic. In those cases, prediction of the sentiment becomes very difficult so the sentiment analysis can not even work at all.

Another algorithmic trading strategy that should be taken into account by every trader is the Arbitrage strategy. When there is a price gap between assets on various exchanges, arbitrage opportunities emerge. Arbitrage strategy is one of the Algorithmic trading techniques that take advantage of arbitrage opportunities by utilizing computers to identify and exploit them as fast as possible.

If a certain cryptocurrency is sold at a lower price on one exchange and a higher price on another, the algorithm quickly recognizes the price difference and performs a transaction to purchase on the low-priced exchange and sell on the high-priced exchange. This is where the speed and precision of algo trading, as opposed to human trading, comes into play. Although the price difference between the markets is not large, the number of such transactions must be kept high in order to benefit significantly. It should be noted that in most cases, this approach is most relevant to FX trading.

Arbitrage is the power to purchase and sell an item at the same time depending on a price difference. If done properly, we may acquire the same items at a low price and sell at a high price, resulting in a ‘free return.’ But this is difficult to achieve: arbitrage opportunities may only arise for a limited time, it can be difficult (especially in the crypto market) to purchase and sell ‘at once,’ and transaction fees can cut into earnings.

This is where automated trading comes into play. it can account for many of the timing, risk, and transaction costs concern more readily than a human, enabling you to gain a large portion of the risk-free spread. 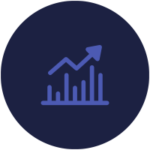 While talking about strategies for algo trading another strategy that should also be mentioned is market-making. Market makers are key middlemen who are always ready to purchase and sell assets. They offer much-needed liquidity while also being paid for their inventory risk, largely by collecting bid-ask spreads.

Market making used to be largely done by people working as floor traders in the pits, but it is now nearly exclusively done by machines. Market makers’ strategies have inevitably grown more automated as exchanges have become more computerized.

There are several ways to market-making, but the majority of them rely on efficient inventory management through hedging and reducing adverse selection. Sometimes market makers may have very limited risk restrictions and aim to swiftly flip over their positions in order to be balanced at the close of each day. Others may have a much longer time period and hold a big and varied portfolio of assets long and short continuously. Without a question, rapidity is advantageous for every market maker.

Furthermore, languages such as Python may not be suited for processing large volumes of data fast and handling concurrency. Go/Rust, and also functional languages like Erlang/OCaml or old-fashioned languages like C++, would be ideal choices for balancing efficiency of concurrent management and execution speed.

Trend strategy is also another algorithmic strategy type. Trend trading is an algorithmic trading strategy that seeks to profit by analyzing an asset’s movement in a specific direction. A trend occurs when the price moves in one general direction, like up or down.

Trend trading techniques are based on the assumption that an asset will continue to follow the same path in which it is presently moving. Such methods sometimes include a take-profit or stop-loss option to lock in profits or prevent large losses if a trend reversal happens. Short-term, intermediate-term, and long-term traders all employ trend trading.

Many investors generally will ignore these trends, but range traders or scalpers – who attempt to profit from extremely short-term market fluctuations – will be on the alert for them.

So while talking about tips for algo trading, you should consider that if you are a newcomer in the crypto market, you are recommended to implement a trend trading strategy as it is one of the simplest among the other options.

What Did We Learn From This Algo Trading Strategies Guide?

Algorithmic trading suggests that Robots are programmed with a list of instructions known as an algorithm, and the computer executes the transaction depending on the algorithm

According to mean reversion theory, asset values and economic indicators such as interest rates are most likely to revert to past mean prices

Which Strategy Is Best For Algo Trading?

It is almost impossible to precisely say which algo trading strategy is the best because it all depends on the trader’s market experience and trading goals. However, there are several good trading strategies that every trader should take into consideration. Such strategies are Sentiment analysis, Mean reversion, momentum strategy, arbitrage, market making, and trend strategy. If you are a beginner trader, you are recommended to use more simple strategies, such as for example trend strategy or a momentum strategy.

Algorithm trading can definitely be very profitable. The primary reason for this is because buying cryptocurrency is risky. It is always more effective to use algorithmic trading. You do not have to worry about inefficiencies or, more importantly, human errors. As long as the computer accumulates accurate data and builds appropriate algorithms, it might be able to trade cryptocurrencies with a higher probability of generating a big amount of profit.

How Do You Develop An Algorithmic Trading Strategy?

There are several techniques and trading options available in the market. For a long time, these techniques have been tried and tested. As a result, as an investor, your goal should be to develop a few techniques that can be used in a variety of markets. For example, if you are a beginner trader and just want to take your first step into the trading world, you are recommended to use algorithmic trading strategies that are easier to understand. Such types of strategies might be a trend strategy or a momentum strategy.

What Percentage Of Trading Is Algorithmic?

It should be noted that In the United States, algorithmic trading accounts for roughly 70% of the total trading volume. This is according to the statistics conducted in 2018. However, the overall percentage of algorithmic trading is different in other parts of the world. If you want to know the specific country’s result, you should check their own statistical numbers.