Home :: Trading education :: Cryptocurrency :: What is Bitcoin Halving and When Does it Happen

What is Bitcoin Halving and When Does it Happen

Understanding Bitcoin Halving – What is It? 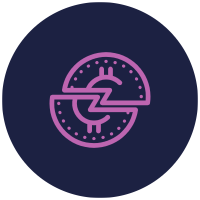 The phenomenon of Bitcoin halving occurs when the reward for mining Bitcoin is halved, implying that miners will get 50% fewer Bitcoin for each block they confirm. Every 210,000 blocks, BTC is halved, which corresponds to a halving once every four years. Even though some traders might think that this is a little confusing concept, in fact, it is a very simple process to understand.

When a Bitcoin block is effectively mined, the miners get a block reward, which is basically a BTC payout. The Bitcoin halving process, however, corresponds to the crypto theory. Because Bitcoin has a limited quantity that is lowered over time, the value of Bitcoin could be maintained ‘steady’ and deflation by lowering the entire supply – and that is why Bitcoin halving occurs.

In short, it can be said that Bitcoin halving is when the reward that miners get for mining one Bitcoin is halved. For example, if you mine a block and get 1 BTC as a reward, the halving would reduce that reward to 0.5 BTC. The number of electricity and power for computations you need for it remains the same though. So, every few years miners take a 50% hit to their revenue. This is done to keep the supply of BTC relative to the demand.

Bitcoin purchasers ought to be informed of this systemic aspect as well because halving frequently causes significant instability for the cryptocurrency.

The first Bitcoin halving occurred in 2012 when the payout for mining a block was reduced from 50 Bitcoin to 25 BTC. The halving episode in 2016 reduced incentives to 12.5 BTC for every block produced, and effective May 11, 2020, just 6.25 new BTC are minted with each new block generated.

According to Caleb Chen, a digital currency and privacy advocate at Private Internet Access, miners should “prepare for the BTC halving since it implies a near-immediate reduction in earnings.” It is indeed a built-in element of the Bitcoin system, and it has a significant impact on all aspects of the cryptocurrency.

Bitcoin Halving – When Does It Happen?

The very last occasion Bitcoin was halved was on July 9, 2016, when block 420,000 was generated. As a result, the mining incentive was reduced from 25 BTC per block to 6.25 BTC for each block. Bitcoin’s value also fluctuates before, throughout, and after its halving in the same year. Bitcoin’s value increased from approximately $450 in April 2016 to over $650 at the moment of the halving. After this, the crypto market saw instability, but Bitcoin’s value kept rising over the following year, reaching peaks of over $20,000 before falling to approximately $10,000 in 2018.

It is difficult to anticipate future Bitcoin price fluctuations during the upcoming halving time, just as it is hard to credit prior price movements to the BTC halving. Furthermore, we might look at the past peaks from BTC halving 1 and 2, where significant price rises were observed.

Every halving incident reduces the quantity of BTC produced and the block reward by half.

Also, it is important to note that by the time in 2032 about 99 percent of BTC will already be generated and it is highly likely that it will need time until 2140 to mine the entire Bitcoin.

Why Is Bitcoin Halving So Important For The Crypto Market? 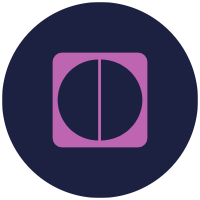 There are various reasons why Bitcoin Halving is so important for the Crypto Market. First of all, the crucial thing is that as Bitcoin halving occurs, the quantity of accessible BTC decreases, boosting the value of Bitcoins still to be mined. With all those swings comes the opportunity to earn.

On top of that, the halving process is noteworthy because it represents yet another reduction in Bitcoin’s limited quantity. BTC has an overall available supply of 21 million. Until May 2021, there are approximately 18,715,050 million BTC in production, with only 2,284,950 million remaining to be issued through mining incentives.

Besides, another important factor that explains why BTC Halving is important for this market is the following. The flow of fresh BTC into circulation is determined by miner rewards. As a result, when these incentives are slashed in half, the inflow of a number of Bitcoins decreases. This is where the law of demand and supply comes into play. As supply drops, demand fluctuates (either increases or declines), and the price adjusts correspondingly.

On the other hand, when the Bitcoin halving event takes place the inflation rate of the BTC coin is reduced. We all know that Inflation is defined as a decrease in the buying power of anything, in this instance the digital currency. However, Bitcoin’s fundamental infrastructure is designed to be a depreciating commodity. Halving plays a huge role in achieving this.

Bitcoin has historically seen a bull run following each halving. Price rises when supply falls, causing demand to rise. This upswing, though, will not be quick.

After analyzing the previous three halving events and the subsequent surges, it is safe to state that the spike occurs just after 3 to 6 months and just not instantly.

The Negatives Of BTC Halving 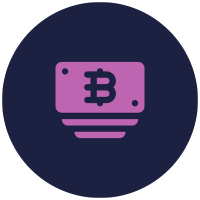 The biggest issue that the halving causes are it centralizes mining operations with farms rather than individuals. Currently, it is not too profitable to have a mining rig at home, but a large farm of BTC miners can take a hit like the halving and still continue to remain profitable.

On top of that, it should also be noted that In terms of the broader implications of the halving, a lower payout for mining BTC reduces the income that miners may make by bringing additional transactions to the blockchain. The price of power necessary to run the systems that solve the mathematical puzzles seems to be that the value of BTC would have to rise significantly in order for miners to compensate for getting half the amount of coins.

In addition, Miners will have to work as effectively as possible, creating a demand for new technology capable of delivering more outputs per sec whilst using less energy and lowering overhead costs. Miners may move to mining comparable cryptocurrencies, such as Bitcoin cash, as an alternate result.

While talking about the BTC halving, it should be noted that if Bitcoin mining income falls by half, miners will have to pay half even more to generate those units. Because power is one of the most expensive aspects of BTC mining, halving block rewards should lower the amount of power required by Bitcoin mining by a corresponding amount.

What Did We Learn From The BTC Halving Dates Guide?

The Bitcoin halving scenario happens whenever the reward for mining Bitcoin is half, suggesting that miners will receive 50% less Bitcoin for every transaction they complete.

As the number of Bitcoins available reduces due to halving, the value of Bitcoins still to be mined rises. With all of those swings comes the chance to make money.

Whenever the Bitcoin halving incident happens, the inflation rate of the BTC currency decreases.

Nowadays, having a mining rig at home is not very profitable, but a huge farm of BTC miners can take a hit like the halving and still stay profitable.

Is Bitcoin Halving Good Or Bad?

It depends on whom. For the miners, it is a nightmare, but for the general infrastructure of the BTC system, it is good because it keeps inflation in check. Whenever the Bitcoin halving event occurs, the inflation rate of the BTC currency decreases. Inflation is described as a reduction in the purchasing power of something, in this case, cryptocurrency. However, the underlying infrastructure of BTC is meant to be a depreciating asset. Halving plays a significant part in achieving this.

What Will Happen When Bitcoin Halves?

Bitcoin halving occurs when the reward for generating one Bitcoin is halved. For instance, if you mine a block and receive 1 BTC as a reward, halving reduces that payment to 0.5 BTC. However, the amount of electricity and power required for computations stays constant. As a result, miners’ revenue is reduced by half every few years. This is done in order to maintain the supply of BTC in balance with the demand. Bitcoin buyers should be aware of this systemic factor too because halving typically generates substantial volatility in the cryptocurrency.

How Often Is Halving?

It should be noted that It usually happens every 4 years. The next one is going to be in 2024, then 2028, then 2032, and so forth. However, there have been cases, when it took place after just three years. It happened after the 2009 halvening in 2012, when the reward for mining a block was decreased from 50 Bitcoin to 25 Bitcoin. On the other hand, The 2016 halving episode decreased incentives to 12.5 BTC for each block created, and from May 11, 2020, just 6.25 new BTC are minted with each new block produced.