Home :: Trading education :: Cryptocurrency :: What Is Bitcoin Liquidity And How Does It Work?

What Is Bitcoin Liquidity And How Does It Work?

What Does Liquidity Mean In General?

Bitcoin liquidity explained: BTC liquidity implies how simple it is to trade it for fiat. 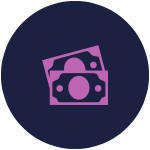 Liquidity is an evaluation of how readily an investment may be converted into cash or some other commodity. You could have the most precious, unique ancient book in the bag, but if you are all alone on a deserted island, finding a client will be a tough process, even impossible.

In this context, excellent liquidity indicates that a commodity may be acquired or sold immediately and readily without having a significant impact on its value. In contrast, poor or low liquidity indicates that an item cannot be acquired or sold rapidly. Alternatively, if it can be bought easily, the transaction will have a substantial impact all over its price. According to the fact that cash may be quickly changed into other investments, it is considered to be the most liquid asset. In the realm of cryptocurrencies, a Stablecoin is a comparable currency.

According to the huge number of buyers and sellers in the market, a great level of liquidity is a desirable condition since it leads to improved pricing for all parties involved. A thriving market with a high degree of trade activity usually provides a market value that is agreeable to everybody.

High liquidity also guarantees that prices remain consistent and not subject to huge fluctuations caused by massive trades, which might influence cryptocurrency values while driving increasing volatility and dangers for the whole market. Because of the huge number of market players and their transactions, values in a liquid market are steady enough to sustain big orders.

In this article, we will further analyze how liquid is Bitcoin and what influences the overall liquidity of this crypto coin in the crypto market.

It is important to note that there are several things that have a huge impact on Bitcoin liquidity. Such factors include Exchange volume, mining situation, and acceptance of this coin. We will talk about those factors briefly down below. 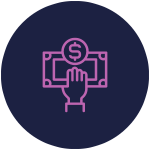 Volume, also known as trading volume, refers to the number of items exchanged in a market at any particular moment. It is the number of independent assets that lost value during that time period. Several financial assets are far more liquid than the others. This is merely a side effect of increased trade volume as well as market efficiency.

Certain markets will see just a thousand dollars in trading activity each day, whereas others see billions. Liquidity is not even an issue for cryptocurrencies such As Bitcoin or Eth, However, many other coins’ marketplaces are severely underfunded.

Liquidity is crucial for every traded asset, including the coin Bitcoin. Liquid financial markets are usually richer and faster, on the other hand, illiquid markets can trap investors in positions that are hard to escape. While talking about how liquid is Bitcoin, one of the most important things that should be mentioned is its exchange volume.

In 2014, the trading volume of Bitcoin was less than $100 million in just a day, and it occasionally dipped below $10 million. By the year 2018, the figure had risen to more than $20 billion. Nevertheless, there have been instances of illiquidity in the Bitcoin market. Following the Bitcoin market drop, daily trade volume frequently dipped below $5 billion. Furthermore, by the start of 2020, BTC’s daily trade volume had frequently surpassed $20 billion.

Another noticeable thing is that additional people will be able to swap their Bitcoins as the number of trustworthy BTC exchanges grows. The increasing cases and volume of trade contributes to increased liquidity level. Several people keep their BTC away from exchanges. As prominent exchanges improve in security, so many of these users are prepared to trade their cryptocurrencies, increasing the overall number of buyers and sellers in the crypto market. 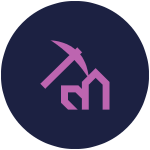 Another crucial factor that plays an important role in defining the liquidity of Bitcoin is the overall mining situation in the market. Bitcoin mining is the method through which fresh Bitcoins join circulation, and it is an essential element of the blockchain ledger’s upkeep and evolution. It is carried out with the aid of highly powerful computers that answer exceedingly complicated computational mathematical problems.

A Bitcoin miner uses a computer to execute software in order to solve a challenge before anybody else. Solving that problem is what completes a block, a process that produces new Bitcoin while also updating the digital ledger that keeps account of all Bitcoin operations.

Usually, If miners are slowing down then liquidity goes down a bit. On the other hand, if there are a lot of miners frequently trying to gain Bitcoin, it means there is a high level of demand for the coin which raises the overall level of liquidity of this crypto asset. This is mainly because of the general liquid characteristics of the BTC. The greater the number of people mining BTC, the greater the chance that the level of liquidity will keep stable and at the high point.

Another important factor that affects the overall level of cryptocurrency liquidity is its acceptance. In the case of Bitcoin, it means how many platforms besides exchanges accept BTC.

Increased adoption of Bitcoin in physical stores, online retailers, and other companies can assist to enhance its usefulness and lessen its volatility. Btc gets more liquid when it is utilized as a means of trade. There was an increasing trend in BTC acceptance, but strong demand ended up eating into available supplies for the trade.

Then, as a result of the 2017-2018 price fall and crypto frauds, the use of Bitcoins in online purchases declined. Bitcoins’ future as a means of exchange appears better in 2021 than it did several years ago, thanks to the growing institutional interest in this specific crypto coin.

It should also be noted that Digital currencies, including Bitcoin, are being accepted as payment by an increasing number of businesses, including PayPal and Xbox. Others are deliberating their alternatives. Bitcoin is not widely acknowledged at the moment and must frequently be used through trade.

Bitcoin has become an incredibly common payment method for many businesses in today’s world. For example, Elon Musk stated that Tesla will take Bitcoin as a payment method for all of the products of its automobiles in the United States. Furthermore, Twitter’s CEO and creator, Jack Dorsey, collaborated with Jay-Z on a Bitcoin investment. The duo would contribute 500 BTC to the development of the cryptocurrency in India as well as in Africa.

While talking about the liquid asset token it should also be noted that Following a temporary suspension of accepting cryptocurrencies as a viable payment option according to its volatility, Xbox is now allowing Bitcoin as payment for Xbox shops. Conversely, PayPal said in 2020 that customers would be able to purchase, trade, and store some Bitcoins through their Cash accounts beginning in 2021, according to Yahoo Finance.

Customers will now be able to study and monitor cryptocurrency inside the PayPal app. All these facts prove that Bitcoin now has a high level of acceptance around the world and a lot of giant companies support BTC as a payment method. Therefore, it is not surprising that Bitcoin has a huge level of liquidity in the crypto market.

What Did We Learn From This Bitcoin Liquidity Guide?

Liquidity measures how easily an investment may be turned into cash or another commodity.

According to the market’s large number of buyers and sellers, a high level of liquidity is a desirable situation since it leads to better pricing for all parties involved.

There are several things that have a huge impact on Bitcoin liquidity. Such factors include Exchange volume, mining situation, and acceptance of this coin.

In today’s modern world, Bitcoin has become an extremely popular payment option for many businesses. Elon Musk, for instance, announced that Tesla will accept Bitcoin as a payment mechanism for all of its car goods in the United States.

How Much Bitcoin Is Liquid?

According to crypto data company Glassnode, 78 percent of the current Bitcoin (BTC) supply is currently not liquid and hence scarcely available for buying. According to the Glass node group, they previously reported Bitcoin businesses and classed them as extremely liquid, liquid, or not liquid at all.

According to the study company’s approach, there is approximately 14.5 million Bitcoin (almost 78 percent of the total Bitcoin quantity) controlled by “illiquid organizations.” According to the company, their data reveals “a definite link between Btc liquidity and its overall market.

According to the Glass node organization, 88.5 percent of the total Bitcoin has been mined, implying that the coin’s circulating quantity is about 18.6 million.

How Is Bitcoin Liquidity Calculated?

In order to evaluate liquidity, at least two factors must be considered: capitalization and market price. To calculate the currency’s consumption, we divide the daily trading volume by the currency’s overall worth ($11 412). We receive 1.2 million Btc: the daily circulation of Bitcoin. The idea of liquidity has several dimensions, all of which impact Bitcoin’s total value.

However, you should also know that there are several factors that affect Bitcoin liquidity. Such factors include Exchange volume, mining situation, and acceptance of this coin. So if you want to know how liquid this crypto coin is, you should take the mentioned factors into account while calculating the latter.

How Liquid Are Cryptocurrencies?

Some markets will see only a thousand dollars in business activity each day, while others may see billions. Although liquidity is not an issue for cryptocurrencies such as Bitcoin or Eth, the marketplaces for many other coins are critically underfunded.

What Is Good Liquidity In Cryptocurrency?

High liquidity also implies that prices stay stable and are not vulnerable to large swings produced by enormous trades, which may impact cryptocurrency values while raising volatility and risks for the whole market. Because of the large number of market participants and transactions, values in a liquid market are stable enough to support large orders. The major example of the high liquidity of BTC is the fact that it has become a very popular payment option for numerous businesses in the 21st century.

Elon Musk, for example, announced that Tesla will accept Bitcoin as a payment mechanism for all of its car goods in the United States. There are also other big companies that also receive BTC as one of the payment options. This means that BTC has a good level of liquidity in the crypto market.