What is Fiat Currency?

Fiat Currency Explained – Why Do We Call It That?

Fiat meaning: Fiat money is a currency that has been created as money, generally by state control. 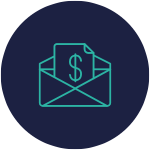 Across 1000 AD, China was the very first nation to utilize fiat currency, and money quickly spread to other countries across the world. It rose to prominence in the previous century after US President Nixon enacted laws eliminating the USD’s immediate convertibility into gold.

Many countries now utilize paper-based fiat money that only functions as a means of payment.

Fiat currency is not backed by any actual object, but rather by the trust of its owners and the authority of a government statement. Fiat currency serves as a means of preservation for buying power and a substitute to the bartering system.

It allows traders to obtain the goods and services they desire without having to exchange products for commodities, as was the scene earlier while barter trading was a common thing.

While talking about what is fiat money it should be noted that Because fiat money is not a rare or stable commodity, such as gold, the central bank of the specific country has more influence over its supply and price. This implies that authorities can more accurately control bank lending, liquidity, as well as interest rates.

Unlike commodity money, which may be influenced by the newly discovered mine site, the supply of fiat money is controlled and managed by the government of the individual currency. There is less chance of an unanticipated depreciation induced by an increase in the quantity of fiat money since any increase in production is a preemptive decision adopted by the authorities of a fiat currency.

One of the most essential aspects of fiat currency, as opposed to commodity currency such as gold as well as silver, is its price constancy. The use of fiat currency grew widespread in the twentieth century when banks and financial institutions moved in to safeguard their industries from the economic cycle’s recurrent collapses.

Besides, While we define fiat currency, the important thing is that a fiat currency works successfully whenever the public seems to have enough faith in its potential to assist as a buying power storage medium. It should also be supported by the full faith and credit of the authority that issues a decree and issues it as legal currency for money transfers.

What Did We Learn From This Fiat Money Guide?

The value of fiat money is controlled by supply and demand, and it has been proposed as an alternative to paper currency and representational currency.

Fiat money enables consumers to get the goods and services they want without having to exchange products for commodities, as was the case previously when barter trading was widespread.

Because fiat money is not a scarce or stable commodity like gold, the central bank of a given country has greater control over its supply and pricing.

The usage of fiat money became popular in the twentieth century when banks and financial organizations moved in to protect their businesses from the recurring failures of the economic cycle.

What is a fiat currency example?

The GBP, euro, and US dollar are all instances of fiat currencies. It should be noted that very few international currencies are truly commodity currencies, and the vast majority are some sort of fiat money. Fiat or conventional currencies include the US dollars and the euro, which are banknotes and tokens produced by authorities and whose price is determined by economic strategy and the stability of a nation’s economy.

Why do they call it fiat money?

The phrase Fiat money is derived from the Latin term fiat, which implies a decision made by the government in this example, the government determines the currency’s value, which is also not indicative of another commodity or financial instrument like gold for example.