Home :: Trading education :: Cryptocurrency :: What Is An IEO?

What Is An IEO?

What Is An Initial Exchange Offering?

IEO explained: IEO is when a crypto project debuts its coins on the exchanges. 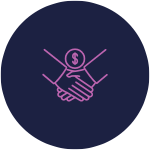 The process by which a cryptocurrency exchange network works as a middleman between start-up firms pursuing crowd-funding and enthusiastic individuals wishing to participate in these initiatives is known as more of an initial exchange offering.

IEOs function as a platform for the sale of crypto coins and handle the exchange of fresh currencies in place of widely recognized currencies such as BTC or ETH, in order to raise cash and encourage exciting and innovative start-ups.

To begin, prospective companies and traders must join the Initial Exchange Offering site in order to begin the process of coin initiation and coin purchase, accordingly. Following that, the IEOs conduct a comprehensive study and screening of the program to detect any possible risks or flaws by examining the company’s document and other credible sources.

To sell their currencies on the exchange, companies must pay a registration fee to the IEO crypto and also a percentage of the coins. The IEO then posts a token-sale announcement on the network, enabling investors to purchase them and earn cash in exchange for them. Following the sale, IEOs list the currencies on their platforms.

Before signing up on the platform, IEOs rigorously examine and do a background investigation on both the involved channels — the party initiating the crypto exchange and the party showing interest in acquiring the coins. The IEO conducts thorough research and investigation of the project by examining its whitepaper, analyzing the client, and so on. As a result, IEOs have acquired enormous faith and credibility from both corporations and purchasers.

In this article, we will further analyze What is IEO and What is the main difference between the initial exchange offering an ICO or STO.

IEO vs ICO – What Is The Difference? 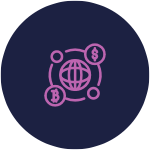 In contrast to an ICO, a crypto exchange works as a middleman between the coin producer and buyers in an IEO. The platform examines all of the specifics of IEO projects and selects those whose aims are attainable and in line with market demands. The exchange is placing its credibility on the line, therefore it is logical that they are careful about which IEO they would host.

The coins are posted on a cryptocurrency exchange site, and traders are simply customers of that network. They can purchase cryptocurrencies by financing their exchange wallet. The inclusion of a 3rd person in IEO is seen as the primary distinction between IEO and ICO.

The next distinction between an IEOs as well as an ICO is openness. Crypto exchanges need start-ups to undergo a Due Diligence program in IEO. In this approach, they must reveal every piece of data about the project, like project team participants, corporate information, and so on. They must as well complete the Know your customer process in order to authenticate their identity. That makes it even harder for scammers to use fundraising tactics.

On the other hand, coin issuers are not required to reveal full corporate information while on an ICO. They just set up a webpage and distribute a whitepaper. Following that, they will be capable of launching their ICO site and sell coins to the public.

Another essential thing that should be noted is that The initial exchange offering pushes others towards centralization. The IEO processes are managed by cryptocurrency exchanges, and the token sale takes place on their systems. This implies that the greater their customer base, the more IEOs they will be able to host since they can generate more cash than the others. Furthermore, individuals trust transactions with higher reputations.

Those with a high number of followers are famous. This has the potential to lead us to a centralized marketplace. After a period, just a few exchanges would be IEO hosts, and they will have complete market power. This is not possible for ICOs because they are not hosted by a 3rd party. 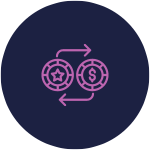 While having IEO explained it should be noted that there are several differences between IEO and STO. A Security Token Offering (STO) is a mechanism for businesses to raise funds by selling coins that act similarly to traditional assets. The major advantage of STO is openness and safety.

To begin with, the coins must be issued in accordance with the laws and regulations applicable to all assets. Furthermore, their issuance must be based on the blockchain. As a result, STO coins can only be distributed if an infrastructure supporting such behavior is in place. The platform devoted to handling security tokens must follow a variety of regulations, including KYC as well as AML.

STO appears to be a great answer to the constraints of ICO, particularly in terms of client protection, security, and visibility. Nevertheless, there remains one unresolved issue: liquidity. An STO is significantly less expensive to conduct. The expense of maintaining an STO is significantly reduced because it eliminates all middlemen like brokerage, transaction fees, and due diligence processes. Furthermore, by arranging additional STOs, buyers will have a better opportunity of purchasing assets.

On top of that, another important thing to be noted is that an STO makes it simple to tokenize certain assets or financial products for electronic sales. This implies that smaller firms can easily raise substantial sums of cash without having to pay exorbitant fees.

On the other hand, while talking about the difference between IEO and STO the noticeable feature is that the costs for launching the IEOs are often much more expensive. Because exchanges have such a powerful position in these kinds of agreements, they may demand exorbitant fees to have a firm listed on the platform.

What Did We Learn From This IEO Guide?

An initial exchange offering (IEO) is a type of exchange-managed fund-raising activity.

In contrast to Initial Coin Offerings (ICO), which are carried out in collaboration with the project team, an Initial Exchange Offering allows clients to withdraw funds from their exchange wallet on the well-known fund-raising website.

The inclusion of a 3rd person in IEO is seen as the primary distinction between IEO and ICO.

The primary distinction between IEO and STO is that the expenses of launching IEOs are frequently significantly higher. Because exchanges have such influence in these types of agreements, they may charge excessive fees to have a company listed on their platform.

How Does An IEO Work?

In order to acquire funds and support interesting and creative start-ups, IEOs serve as a platform for the sale of crypto coins and manage the exchange of new currencies in place of well-known currencies such as BTC or ETH. The IEOs perform a thorough investigation and screening of the program to identify any potential dangers or defects by reviewing the company’s documents and other trustworthy sources.

Companies who want to sell their currencies on the exchange must pay a registration fee to the IEO crypto as well as a proportion of the coins. The IEO then publishes a token-sale notification on the network, allowing investors to buy tokens and receive cash in return for them. IEOs list the currencies on their platforms after the sale.

What Is The Difference Between ICO And IEO?

In an IEO, a crypto exchange acts as a middleman between the coin creator and buyers, as opposed to an ICO. The platform evaluates all aspects of IEO projects and chooses those whose goals are realistic and in accordance with market expectations. The exchange is putting its credibility on the line, therefore it’s only natural that they’d be picky about which IEO they’d host. The currencies are listed on a cryptocurrency exchange website, and traders are merely clients of that network.

They can buy cryptocurrencies by putting money into their exchange wallet. The presence of a third party in IEO is seen as the fundamental differentiator between IEO and ICO. The second contrast between IEOs and ICOs is openness. Crypto exchanges must go through an IEO Due Diligence procedure. In this technique, they must provide all project data, such as project team members, company information, and so on.

What Happens After IEO?

Because the token sale takes place on the exchange’s platform, token issuers must pay a service fee as well as a percentage of the coins sold during the IEO. In trading, the crypto companies’ tokens are sold on multiple exchanges, and their tokens are listed following the IEO.

The crypto exchange is encouraged to assist the token issuer’s marketing efforts since it receives a proportion of the tokens sold by the business. Investors in an IEO do not make contributions to a smart contract, which regulates an ICO. Instead, customers must register an account on the exchange’s website where the IEO will take place. Contributors then deposit coins into their trade wallets and utilize that money to purchase the fundraising business’s token.