Home :: Trading education :: Cryptocurrency :: What Is An NFT?

What Is An NFT?

What Does Non-Fungible Token Mean?

NFT explained: NFT is a Non-Fungible Token that, unlike other tokens, cannot be exchanged for another token of this kind. 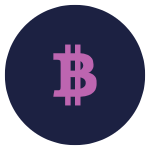 Ordinary tokens are fungible – they are somewhat similar to paper bills: it does not matter what year they were issued, how new they have a design because one bill can easily be exchanged for another with the same denomination. A non-fungible token cannot be replaced with another token and sold at a high price.

An NFT can be called a digital certificate, which records information about who created it, how much it was sold for, and who owns it now. As soon as the token is sold, this transaction is immediately reflected in the blockchain. An entry in the blockchain about NFT looks something like this: the first block is the publication of the token, the second block is the sale and the name of the new owner.

As we have discussed what is a nonfungible token we should also mention blockchain. Since the blockchain is quite difficult to hack – the history of all its operations is stored not on one hard drive, but on the computer of each participant – NFT can be considered a fairly reliable way to store digital art.

The ownership of the original NFTs was on the Ethereum network (a competitor to the better-known Bitcoin). However, there are now several blockchain standards that those wishing to create NFT can use. At its core, NFT is simply a digital representation of something unique that uses this smart contract platform to prove its authenticity.

How Does An NFT Work?

The whole point of the operation of non-fungible tokens can be explained with a simple example. Imagine, for example, that you borrowed $10 from your friend. When the time comes to return the money, you can return it with any banknote of the same denomination. There will be no difference between the bills since they are equivalent to each other. That is, the currency is a fungible asset.

It’s another matter if you borrow a ball from a friend with an autograph of his favorite player. In this case, a friend will be extremely unhappy if, instead of a rarity, you return another ball to him. The object handed over to you was unique and there is no other exactly the same in the world. That is, this item is not interchangeable.

The analog of such a ball in the digital world is the NFT token. Each such token has its own unique hash, which distinguishes it from all other NFT tokens. Best NFTs usually cost the most. Thanks to this feature, intellectual property rights, collectibles, and even property rights to real estate and other valuable assets can be expressed in the form of non-fungible tokens.

Various frameworks are used to issue NFT tokens. The most popular standard is ERC-721, which allows you to run NFTs on the Ethereum blockchain. Its improved version is the ERC-1155 standard, which allows a single contract to use both fungible assets and NFT tokens.

Like any other cryptocurrency assets, NFT tokens are tied to a digital wallet and can be sent to other addresses only with the appropriate permission from the owner. NFT tokens can also be traded on special platforms, where the value of each of them is determined on an individual basis. And, of course, the price for them, like any other asset, is subject to fluctuations, depending on the level of supply and demand.

How Is An NFT Made? 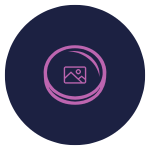 How to make NFT yourself? Artists or owners can digitize a work at Rarible or OpenSea. You can also buy an existing token there. On OpenSea, an NFT token is generated only when a buyer is identified. On Rarible, the NFT token is created immediately when the object is loaded. It is referenced in the smart contract code as metadata. Graphic illustrations, music, videos, posters, game elements for computer games, and many other digital objects are now sold in the form of NFTs. Some authors manage to make good money by selling tokens.

Every person can make their own NFT. There are specific platforms that allow people to create their own assets. It should be noted that some platforms charge additional fees for creating a non-fungible token.

It is very important to understand what exactly can become an NFT. Could it be purely digital art or even real work? Although rare so far, physical collectibles can also be represented as nonfungible tokens. In these cases, the private key to the wallet containing the NFT is usually embedded in or provided with the physical item. One of the auctions even sold an NFT-inspired physical art object – Block 21 (42.36433 ° N, -71.26189 ° E) (from Portraits of a Mind) with the corresponding NFT. However, it is much more common for custom NFTs to be created for digital artwork, songs, GIFs, and videos. NFTs can also include video game collectibles and financial staking products. However, crypto art and NFT are not limited to just one format, so when creating NFTs, creativity knows no boundaries.

A lot of people mistakenly believe that NFTs and cryptocurrencies are the same and you cannot spot major differences between them. Even though they share some similarities, essentially the main thing that distinguishes them is fungibility and we will explain the concept of fungibility below.

An object is fungible if it can be exchanged for an identical item. For example, you can easily exchange 1 Ethereum for 1 Ethereum and there will be no differences. You will get the same value, but you will not exchange 1 NFT for another object. For example, if you have an NFT of Mona Lisa this is not the same as the NFT of Salvator Mundi.

When you purchase any cryptocurrency, for example, Bitcoin, at some point you hope that the price of the currency will go up and you sell it at a higher price in the future. The same cannot be said about NFTs. We can compare it to a mobile phone, which comes with specific characteristics, features, and IMEI numbers. NFT can be described as an asset, rather than a digital coin.

While the value of NFT depends on the asset value, cryptocurrencies heavily rely on market fluctuations. They are extremely volatile and can change rapidly – even several times a day.

The main similarity between them is the absence of regulations. Crypto is not regulated by governments central banks and the same concept applies to NFTs. In simple words, if you were to purchase an NFT you get exclusive ownership of it. It is almost impossible to forge the data and everything is stored safely in the blockchain. There is no single answer to which one is better and it completely depends on your preferences. Both are very volatile.

What Did We Learn From This NFT Guide?

NFT Can Be Anything: NFT is a type of digital asset that expresses any unique tangible or intangible item. This can be anything from baseball collectible to art ownership.

NFT Tokens Are Unique: They cannot be copied – each NFT token contains identifying information. NFT tokens are unique and not divisible – they exist in a single copy.

Crypto and NFT Are Different: NFTs are different from cryptos in a way that they are unique and cannot be compared with each other.

Everyone Can Create Their Own NTF: Every person who has any kind of work can easily create an NTF on different platforms.

What Is The Point Of An NFT?

NFT stands for a nonfungible token. Non-fungible” means that it is unique and cannot be replaced by anything. For example, Bitcoin is a fungible token. It can be exchanged for another Bitcoin, and it will be exactly the same. However, the one-of-a-kind collectible card is also non-fungible. If you change it to another card, then you get something completely different.

By purchasing NFT tokens, you get 100% right to the actual product itself. They can be stored, sold, or exchanged for anything else. Unlike JPEG images or MP3 files, which are freely copied and redistributed, this or that NFT token is unique and there is only one such token. It is because of the uniqueness and scarcity that the value of NFT is created.

What Do You Get When You Buy An NFT?

When you purchase an NFT, the user only buys a certificate for the work, while an asset itself does not move anywhere – everything is stored on external storage (the so-called IPFS). This certificate (its structure is just lines of code recorded on the blockchain) confirms that it is you who own the original copy of this object, despite the fact that everyone can see or download it: just like a painting can belong to a museum or an individual, but you can see it at the exhibition or in the catalog.

What Is NFT Crypto?

How Do I Get NFT?

The first way to get non-fungible tokens is to purchase them for rewards on various platforms.

You can also get NFT tokens for free from crypto exchanges, project founders, and developers who distribute them during various raffles and airdrops. The easiest way to get an NFT token for free is to create your own.