Forex Trading Regulation Around The World

Forex Broker Regulation – Does It Vary? 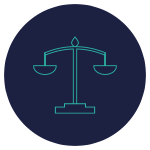 Over the last decade, Forex trading has become a heavily regulated market. One of the main aims of the Forex regulations is to make Forex a safe and secure investment option for everyone.

There are many different Forex regulators in the market. Depending on the jurisdiction, the Forex trading market might be governed by either a central bank or a specifically created, designated regulatory agency. These agencies are coming up with the local laws of Forex trading and are licensing the companies that fit the rules of conduct.

The rules that Forex brokers have to follow vary largely according to the jurisdiction. Some countries have adopted stricter regulations than others, because of which, Forex trading can be very different in different countries.

Although it is true that Forex trading laws are different all over the world, there still are some patterns. For example, in recent years, many countries have introduced restrictions on the maximum leverage offered to traders to limit the risks of Forex trading.

So, let’s discuss top Forex regulatory bodies in different regions and see how they are keeping the funds of local Forex traders safe and secure.

Forex trading is very popular in Europe and there are millions of people who are part of this market in the region. While the majority of European countries have their own regulators, there is one entity that has an influence on the whole financial market of the region.

The European Commission, more specifically, a law called MiFID II largely controls the Forex trading market in the region. MiFID II, short for the Markets in Financial Instruments Directive entered into force back in 2018 and is aimed at strengthening investor protection and improving the functioning of the financial markets by making them more efficient and transparent. 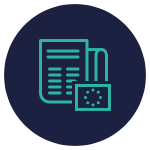 Thanks to the MiFID II directive, a Forex broker licensed by the regulator of the Forex market from any European country is able to offer services to the trades from any of the EU-member states. The regulatory framework in Europe is largely dominated by the European Securities and Markets Authority, simply known as ESMA, however, there are many other regulatory agencies in European countries.

However, these regulatory agencies are required to strictly follow the MiFID II directive. Among the most popular regulatory bodies in Europe is CySEC, Cyprus Securities and Exchange Commission, which licenses a lot of Forex brokers.

According to the local Forex trading laws in the EU, Forex brokers are restricted from offering traders bonuses and promotions. In addition, if a broker wishes to receive a license from CySEC, it is required to have at least €750,000 in operating capital, and €200,000 in the initial share capital. The region also has restrictions on the available leverage offered to retail traders, which should not be more than 1:30.

Among the most popular regulator of Forex market are:

When it comes to Forex trading regulations, North America is one of the strictest places. The biggest financial market in the region is the United States, where the Forex trading market is regulated by two agencies. They are:

Every single Forex broker that wishes to offer services to American traders is required to be licensed by both of these entities. Among the Forex regulations list that American brokers have to follow is to maintain a minimum capital of as much as $20 million.

This is a huge amount of money, especially compared to the same requirement in other countries. Also, according to local Forex regulations in the US, brokers are restricted from offering retail traders leverage higher than 1:50. 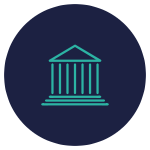 Also, American Forex trading laws restrict trading CFDs due to the higher risks involved. In order to be able to offer services to local traders, brokers have to register as Retail Foreign Exchange Dealers at CFTC, and as the Futures Commission Merchant by NFA.

The current rules that Forex brokers in the United States have to follow were adopted under the Dodd-Frank act back in 2010.

Another country in the region where Forex trading is very popular in Canada. Forex trading regulations in Canada are very complex, as the country has as many as 15 different regulatory bodies that oversee Forex trading.

While the country is providing traders with a high level of protection, it is a little complicated for brokers. Every broker in the country is required to be licensed by IIROC. The Forex trading laws in Canada are very similar to the ones that are adopted in the United States.

In general, Forex regulations in the whole region tend to be stricter compared to other regions around the world.

Forex trading in Asia as well as in Oceania is very popular. There are millions of people trading Forex in these regions and the market also tends to be well-regulated. Although there are many countries in Asia that lack Forex trading regulations, there are also others that are very strict when it comes to misconduct in the market.

In the majority of cases, Forex trading in Asian countries is controlled by the central banks. However, there are also others that have created designated regulatory agencies. One of the best-known Asian regulatory agencies is the Hong Kong Securities and Futures Commission, SFC. In fact, SFC is considered to be one of the strictest authorities around the world. The regulatory agency requires a high level of security from brokers. 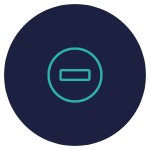 Among the best Forex regulators around the world also is the Australian Securities and Investments Commission, simply known as ASIC. Being the main regulatory agency of Australia, ASIC has become very strict with its regulatory laws over the years.

The regulatory body of Australia has restricted offering traders promotions and bonuses and the limit for the leverage is 1:30. The main aim of adopting these new rules was to make the Forex trading market safer for traders.

The Forex market in Africa is becoming more and more popular every day. Because of this, there is a need for a well-established regulatory framework. All Forex regulations in Africa were adopted to make the market safe and secure.

Compared to other regions around the world, Forex regulations might not be as strict in Africa, but there are still are some agencies that have adopted strict Forex trading laws. It should also be noted that there are many loopholes in terms of Forex regulations throughout the region and most countries in the region rely on South African for regulatory support. 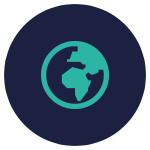 The main Forex regulator of South Africa is the Financial Sector Conduct Authority, FSCA. In fact, FSCA is known to be the strictest Forex regulator in the whole region. The Forex market regulation in SA has changed very much over the years with the aim of keeping the funds of local traders safe and secure.

All-in-all, there still is a long way to go in terms of Forex regulations in the region. Among the Forex regulatory bodies of Africa are AMMC of Morocco, CMA of Kenya, and many others.

What Did We Learn With This Forex Broker Regulation Article?

Forex trading is a very heavily regulated market around the world. The Forex regulations are aimed at making it a safer and more secure market for all participants.

The Forex trading laws vary from country to country and region to region. While there are some countries that have strict regulations, there are others that are not as strict when it comes to FX regulations.

When it comes to the strictest regulations around the world, North America is a clear leader. Local Forex regulation in the USA restricts any broker that is not registered in the country from offering services in the US.

Africa is not as strict when it comes to Forex regulations in the region, however, the regulatory framework is changing very fast here as well.

Although there are many different regulatory bodies around the world and they are all very different, there are some patterns that most of them have in common.

The main idea behind Forex regulations is to make the market safe and secure for every participant and thanks to the regulatory bodies, it is easier to find safe and secure brokers.

In Which Countries Forex Trading Is Legal?

Most of Central and Eastern Europe, as well as Asia and the majority of African countries, allow Forex trading. You can trade Forex in countries such as the United States, United Kingdom, Italy, Cyprus, Canada, Bulgaria, Indonesia, and many others.

On the other hand, there are several countries where Forex trading is legal, however, there are some harsh restrictions imposed by the central authorities. These include countries like China, Egypt, Israel, and so on.

Is Forex Regulated In The USA?

The Forex trading market is very heavily regulated in the United States of America. There are two regulatory agencies in the USA that take care of the Forex trading market. One is the Commodity Futures Trading Commission, simply known as CFTC, and another is the National Futures Association, NFA.

Only companies that are registered as Retail Foreign Exchange Dealers by CFTC and as the Futures Commission Merchant by NFA are able to offer Forex trading services to American traders.

What Is Regulation In Forex?

While the rules set out by regulatory agencies are different, the general pattern on how they control the Forex trading market is very much similar. There are some Forex regulators that are a bit stricter than the others and depending on where you are trading, you might have to follow different types of rules.