Home :: Trading education :: Stocks :: What Is A Reverse Stock Split – Should You Be Afraid Of It?

What Is A Reverse Stock Split – Should You Be Afraid Of It? 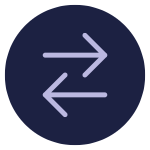 A reverse stock split is a procedure, as a result of which there is a replacement of outstanding securities with new ones, but of lower value. The splitting does not affect the number of shareholders, it remains the same. The market capitalization of the business remains unchanged. The exchange can be carried out in any ratio, but most often a two-fold or three-fold coefficient is used (two or three new ones are issued for one old-style security).

As a result of the split, the structure of the share capital does not change: the shares of the investors remain the same. All shareholders receive new shares at the same exchange rate. In most cases, shares are split. However, a split can also be made in relation to ETF units. The organizer of the exchange is the management company of the fund.

What is it for? The main factor motivating the company to split is the desire to make securities more accessible to investors. Inexpensive assets are more liquid because they are in high demand. The most likely candidates for the split are issuers with expensive shares. Splitting is becoming especially important for fast-growing companies.

Sberbank In 2007, the value of one share of Sberbank (ticker SBER) was over 100 thousand rubles. It was the most expensive paper among the Russian blue chips. In order to increase the investment attractiveness of its securities, Sberbank decided to split it by exchanging ordinary shares at a ratio of 1000: 1. For preferred shares, a ratio of 20: 1 was set. The real change in SBER value was several percent, although the value of each common share decreased by a thousand times.

Tesla shares (ticker TSLA) rose in price more than 10 times and became more expensive than 2 thousand dollars per share. In August 2020, Tesla’s management announced an upcoming split. As a result of the split, each shareholder received five new shares in exchange for one existing share. Tesla’s stock continued to skyrocket. At some points, their cost exceeded $ 800. There are rumors in the market about a high probability of a new split.

Apple Corporation (ticker AAPL) has had several crushing experiences. The split was first held in 1987, then in 2000, 2005, and 2014. The first three crushing was carried out on the basis of a 2: 1 ratio. However, in 2014, due to the rapid growth of market capitalization, Apple decided to reduce the value of one share by 7 times. In August 2020, the company performed another crushing. This time the exchange took place in a ratio of 4: 1. The history of AAPL market value and splits can be traced in the chart below.

RBS is the main bank of Scotland and when we talk about reverse splits it is one of the most common examples to demonstrate what exactly splits do. The first split in the history of the RBS happened in September 2008 and the second one took place the same year in November. If we take a look at shares they were altered notably.

In the case of the RBS, the price remains stable and it should be noted that shareholders have access to more shares, but the prices are lowered. Technically that is more attractive for new investors because they can purchase shares at a lower price and expect to sell them at a higher later, but that is not always the case. 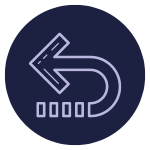 As for the pluses, we can note a decrease in the amount intended for the payment of dividends. But the growth in the value of shares, for the sake of which this procedure was carried out, is difficult to give a positive assessment. The point is that investors understand the reasons for a reverse split. A reverse stock split actually indicates the problems that exist in the company. And naturally, this may not be to the liking of investors. Therefore, the rise in the value of securities after this procedure can be replaced by its fall. In any case, the likelihood of such a development in the market is quite high. In this regard, the companies do not seek to consolidate their shares. They only do this if there are no other options for changing the market situation.

The decrease in the level of dividend payments after the reverse split can be safely called the main advantage. It is important that this proportion is greater than the number of shares. However, the benefits of this process end there.

There are several more disadvantages in this case. During the consolidation, the company incurs additional costs, most of which will be spent on the re-issue of shares. 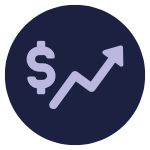 In addition, part of the costs will be associated with the replacement of old shares with new ones issued.

As for the shortcomings, there may be several of them. First of all, the company will incur additional costs for the re-issue of securities with a large par value. In addition, the costs will also be associated with the replacement of old shares with new ones. However, the biggest drawback is the emergence of a high risk of falling stock prices in the future, since the consolidation process is an indicator of problems in the company. Investors can stop trusting a corporation, and a reverse split will help for a short time, over time, the stock will fall again. To prevent this from happening, it is necessary to resort to the consolidation process in extreme cases, and it should be approached responsibly

But there are also more serious consequences. It was already noted above that consolidation of shares can be used to increase the value of one security. However, the realities of the stock exchange are such that such a step on the part of a company may serve as an indicator of its problems. Accordingly, there are risks of a further fall in value.

What Did We Learn From This Reverse Stock Split Guide?

A reverse stock split could be a signal that a company is in financial distress as it raises the value of low-value stocks.

It is often motivated by the desire to prevent the listing of a company’s stock or options from being traded and to raise public opinion.

Reverse stock split can be good and bad at the same time.

Is A Reverse Stock Split Good Or Bad For Investors?

A reverse stock split is a compulsory measure. If the situation does not require such an option for transforming society, then it is not necessary to apply it. Of the positive aspects of the process for the issuer, it is worth noting the decreasing level of dividends. Holders will be saddened by the same news.

Investors will not be happy even after the decline in the value of the asset on the stock exchanges. They could count on the price increase, but now they will have to sell the security at reduced prices. Therefore, the procedure has much more negative consequences than positive ones. Especially for the holders who will be hurt by the actions of the issuer anyway.

Do You Lose Money In A Reverse Stock Split?

No, you won’t lose money during a reverse stock split. Reverse Stock splits are often a positive signal from management because firms tend to split their shares when they believe their fundamental corporate growth prospects are strong enough. Research has shown that stocks tend to outperform the market immediately after the distribution process. Ultimately, a stock split is simply a tool used by management to maintain some semblance of control over stock prices.

Is It Better To Buy A Stock Before Or After A Split?

Stock splits do not make a company’s share better. It should be pointed out that some people think there are differences when you buy a stock before or after the split but generally, it has no importance. Of course, from a purely financial perspective, the stock is then cheaper, but after a split, the share of company ownership is less than pre-split.

Should I Sell Before A Reverse Stock Split?

No, you should not sell stocks before a reverse split because a split is a good sign. In the long term, a stock split could raise the price of shares.

How To Profit From A Reverse Stock Split?

What’s the best way to make a buyback? Invest in companies with strong balance sheets. This makes share buybacks a positive thing in the eyes of investors. As with any investment strategy, never invest in a company in the hope that a certain event will take place. However, in the case of a growing and profitable company, share buybacks often occur as a result of strong fundamentals.