Home :: Trading education :: Stocks :: What Is A SPAC And How Does It Work?

What Is A SPAC And How Does It Work?

SPAC Explained – What Does It Do? 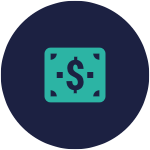 SPAC meaning: It is a company only formed to purchase money through an IPO.

A special purpose acquisition company (SPAC) is a business created only for the aim of acquiring funds via an initial public offering. A company structure like this lets traders make contributions to a fund that is subsequently utilized to purchase one or more unnamed firms that will be revealed after the IPO.

While talking about the SPAC definition it should be mentioned that a SPAC is a corporation formed solely for the purpose of conducting an IPO and utilizing the proceeds of the IPO to buy and combine with a private firm. This would make the private firm public, and it would offer the SPAC’s early sponsors substantial stakes in that privately-owned company, perhaps allowing them to benefit handsomely. In that respect, a SPAC is a shell corporation, and the purchase process is frequently described as a reverse takeover. A SPAC always has an IPO – everything that is occurring is that a public business is bargaining with a private firm, and eventually the two firms are combined.

SPACs are often created by shareholders or sponsors that have experience in a certain company or industry area with the aim of developing SPAC acquisitions in that field. The owners of a SPAC may have a minimum of one purchase goal in mind when forming the SPAC, but they may not name that goal in order to avoid excessive announcements during the IPO. Before issuing stock to the public, SPAC seeks sponsors and institutional traders.

The funds raised by SPACs in an IPO are held in an account that has an interest. These funds cannot be released unless a purchase is completed or the cash is returned to shareholders if the SPAC is collapsed. A SPAC typically has two years to execute a transaction or risk being liquidated. In certain circumstances, a portion of the trust’s interest might be utilized as operating capital for the SPAC. A SPAC is commonly presented on one of the main stock markets following an acquisition.

Selling to a SPAC might be an appealing alternative for the shareholders of a smaller firm, which are typically private equity funds. To begin, purchasing a SPAC can increase the sale price by up to 20% when compared to a normal private equity transaction. Bought with a SPAC, company owners may also give a speedier IPO process under the direction of an expert partner, with less concern over the fluctuations of wider market sentiment.

What Did We Learn From This SPAC Guide?

A special purpose acquisition company (SPAC) is a corporation formed only for the purpose of raising capital through an initial public offering.

SPACs are frequently formed by investors or sponsors with prior experience in a specific firm or industrial sector, with the goal of growing SPAC acquisitions in that field.A SPAC typically has two years to execute a transaction or risk being liquidated.

When compared to a traditional private equity deal, purchasing a SPAC can boost the sale price by up to 20%.

Is A SPAC A Good Investment?

Investors have found SPAC investment to be less lucrative. The majority of SPACs are underperformed in the stock market and inevitably drop below their IPO value. Considering the dismal track history of SPACs, many shareholders should be hesitant of engaging in them, except they concentrate on pre-acquisition SPACs.

What Does A SPAC Do?

A specific purpose acquisition company (SPAC) is a corporation formed only for the aim of boosting capital through a public offering.  A business structure like this allows investors to contribute to a fund, which is then used to acquire one or more unidentified companies that will be exposed following the IPO.